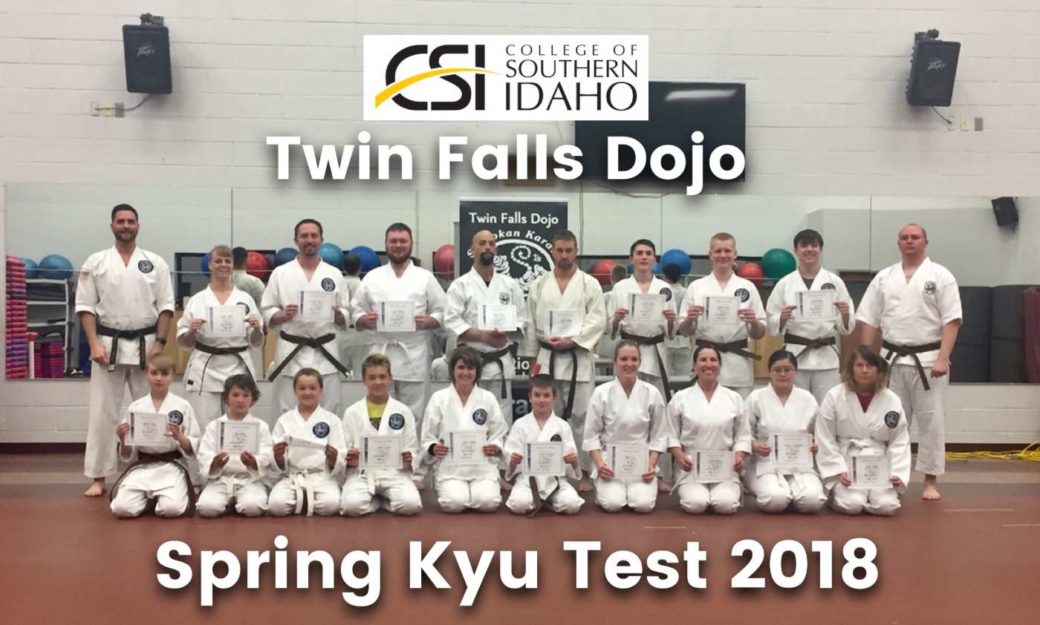 Rank is recognition of skill level, indicating the progress of the student with regard to both the physical and the mental aspects of Karate.

Gradings for rank are conducted twice a year, as near to November 10 and April 26 as possible to commemorate the anniversaries of the birth and death, respectively, of Master Funakoshi. Each grading covers the three basic elements of Karate: kihon, kata, and kumite. Each rank has specific requirements for each element.

All SKA students begin as unranked, and may advance through the different levels of White, Brown, and Black Belt. SKA does not award belts of other colors. The ultimate rank achievable in this original ranking system created by Master Funakoshi, is Godan (fifth-degree Black Belt). SKA students should not confuse or compare this original ranking system, maintained by SKA out of respect for Master Funakoshi, to various other groups that award different color belts or higher ranks of Black Belt.

Because each student has a different potential, it is important not to compare your progress with that of another. Gradings and ranks should only be used as a means by which to measure your own skill level. During gradings, consideration is given for aspects other than one’s technical level, such as age, length of time practicing, attitude toward practice, attitude toward others, concern for responsibilities, and number of Special Trainings attended. It is important to remember that the student has asked to be graded. It is, therefore, their responsibility to do their best during the grading, and to accept the rank awarded with dignity and humility. The most important factor is the student’s mental attitude.

Below is the order of ranks given by SKA and their Japanese equivalent: